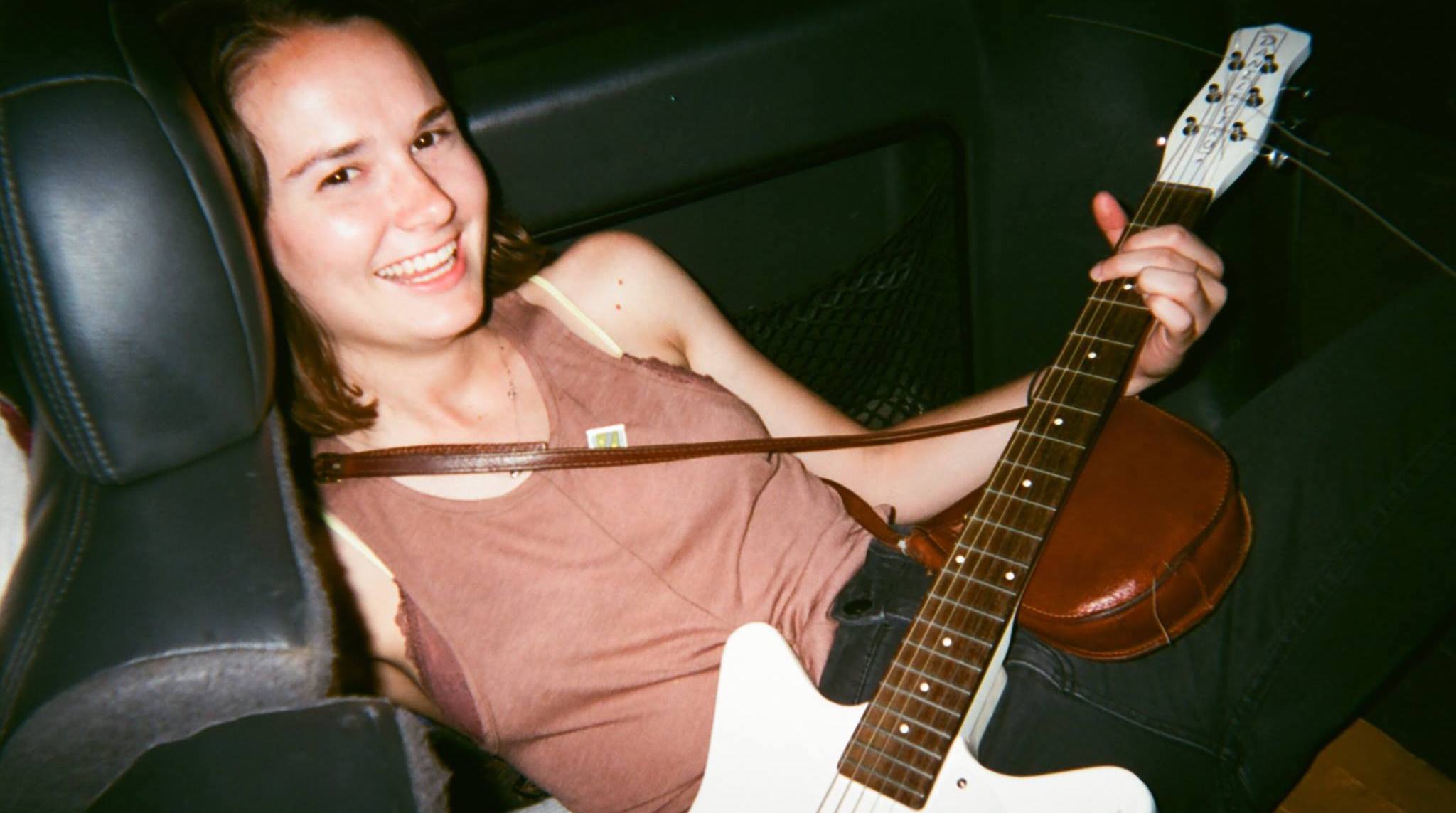 After my 21st birthday I didn't leave my room for two days and survived solely on Cheez-its and a six pack of Blue Moons. I let the birthday blues creep in and the August humidity takeover my mood as I mourned the death of age 20. The gateway to adulthood, my twentieth year allowed room for endless mistake making and slacking. I took a six hour nap in an effort to cope, but ended up even more tired.

On the second night of being sad, alone, and 21, I got a text from my friend Sally, asking me if I wanted to go to a PBR sponsored event at a trendy gallery/warehouse/workspace/venue in Wedgewood-Houston. THE Diarrhea Planet was playing, and a lot of pretty people and art were going to be there. I said "yes." We ate some street corn at her house, took care of dogs, and drove to "We-ho" for our first outing together as 21 year olds.

The show was everything a quasi-member of the Nashville rock scene would expect. Lots of Infinity Cat buttons and cool people drinking cheap beer. We looked at the art, tried to fit in, stood in a gravel lot 6 ft behind the mosh, and witnessed what I recognize to be summer's last great show. But the fireworks, four guitarists, and moshing couldn't rid me of my post-20 uncertainty and anxiety.

And then, I heard it. We heard it. A man standing a few feet behind us yelled,

At first I laughed. I turned to get an idea of what this guy looked like. He was what you'd expect; bearded, holding a tallboy, probably had a kid and probably made furniture as his side project/hobby. He was probably like me 10 years ago, and I'd probably be like him in 10 years, going to rock shows alone. This made me sad, but in a way, thankful for what I have.

I'm not the man with the tallboy, not yet. I'm only one and a half years into my 20s. As Sally always says, "There is so much time." The shows we go to, the people we meet and the couches we sleep on will forever be ingrained into our memories of being 20 and 21. Someday we will be 40 and our friends won't all be playing shows every other weekend. We won't fit in at Meal Ticket, we won't couch surf, and we won't get Two Boots on Sundays at 10 p.m. We will all have lives that look and feel different than the one's we have now. I'm sure they'll be fine, but they won't be this.

However sobering this sentiment might be, it doesn't scare me. Right now, I'm just grateful for what I get to be a part of in the golden age of my 20s. So come sit and chat; let's remember the times we've shared together, in cities, houses, cars, and trains, and let's all make some memories later tonight.